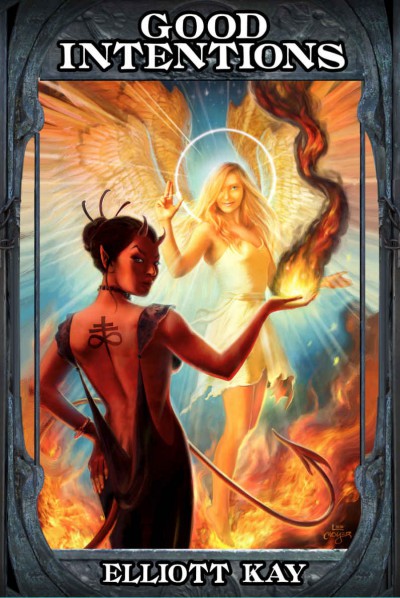 He knew it was a dumb stunt from the start. A midnight run through a cemetery to impress a couple of girls isn’t the stuff of legend, but Alex Carlisle longs to escape the crushing mediocrity of life after high school.

Then he stumbles upon the ritual, and the cultists, and two bound and bloodied women. Alex intervenes and the ritual blows up in his face, leaving him bound to them both: Rachel and Lorelei, an angel and a succubus. It’s hardly the sort of challenge a guy can face with dignity when he still lives at home with his mom.

Alex never imagined falling for an immortal demon seductress, or that he’d spend his nights dodging her co-workers, her old boss, and every other supernatural freak in Seattle. He never thought a woman like Lorelei could have a rival like Rachel, either. But then, nobody ever said adulthood would be easy.

Read more of Alex’s adventures with his paranormal paramours in Natural Consequences.

Aside from the erotica, which was steamy but not over the top, the story here was super fun to read. The characters grew and meshed in an excellent way and at the end I was bummed it was over. Definitely a read again and again book.
-Ginger Conrad

As with everything Elliott Kay writes, It’s hilarious, well written and almost impossible to put down. I highly recommend Elliott to ANYONE who loves urban fantasy with a fun and sexy twist!
-Kai