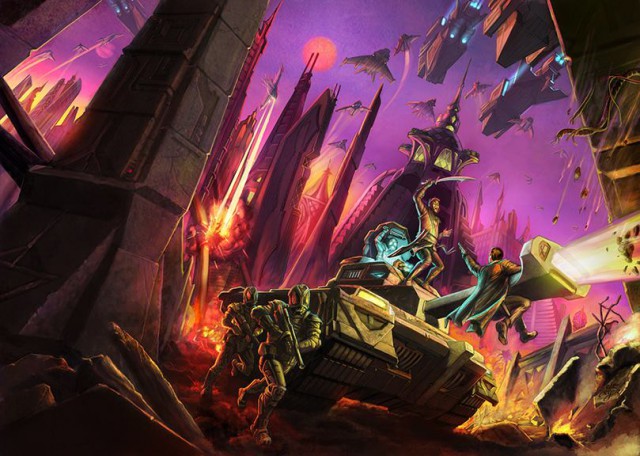 This weekend at Norwescon in Seattle turned out to be one of the most mind-blowing weekends of my life. I went to my first SFWA (Science Fiction & Fantasy Writers of America) meeting, hung out with my regular cover artist Lee Moyer and his assistant Venetia, and got to meet the incredible Cat Rambo and Hugo-winning artist Julie Dillon. Jennifer Brozek was super gracious and offered a lot of great advice to me about being on panels. Honestly, I could go on with the shout-out-fest until it just got ridiculous (Annie Bellet! Erik Scott de Bie! See what I mean?)

This was my first time as an “attending pro.” I’ve never had an interaction with a pro at Norwescon where I didn’t feel completely welcome and appreciated, but being a fellow pro does bring a new context to it. This weekend was something I’ve wanted for years.

Part of that was the chance to be one of the folks up at the table of panelists. The panel on writing steamy fic (and fanfic, as if that’s any different) was such a riot that my face hurt at the end. The panel that made me want to come home and share things on my blog, though, was the one on Writing About the Military. I felt privileged to be on it, and I made sure to put together a list of resources for attendees that I wanted to share here.

These are all resources I use in my writing, or books & authors whose influence I continue to feel while writing even if I don’t reach for them.

The biggest influence in my writing is, of course, my prior military experience. Four years in uniform will teach you an awful lot, and everyone on that panel, male and female, was a veteran. A couple of them were combat vets, who will tell you that you really can’t understand combat unless and until you’ve been there. Obviously, there’s a lot of truth to that, but it shouldn’t hold you back in your writing. A good writer should make every reasonable effort to speak with people who’ve been in (or at least close to) the situations they want to write about, though.

As an important aside to that: I’ve had a number of military vets, including combat vets, write to me privately or leave reviews to say that I have really nailed combat in my books. I’ve had others say that I’m on crack and that my protagonists wouldn’t last two minutes in real combat. I fully believe that both of these reactions are true. Mileage always varies. Those two different reactions come from very different places, but they are both real and legitimate places deserving of respect.

At any rate: my list of links and books that will hopefully be helpful to other writers out there.

US Navy Style Guide: Short, easy reference for modern military writing grammar, mechanics, etc. Obviously I don’t follow this to 100% accuracy in my books, but then, I am writing about a futuristic space navy.

Dictionary of Navy Slang: Accurate, explicit and often very amusing. It goes on, and on, and on.

Official Department of the Army Publications and Forms: It’s just plain stunning how much material the US military offers for free. Manuals, tech documents…if you wonder how something works, this is a great place to start digging.

Medal of Honor Society Archive: Every medal comes with a citation explaining why it was awarded. This site collects most if not all of the citations for the Medal of Honor. If you’re wondering whether or not your protagonist’s battlefield heroics are over the top, check here for the real thing. Fair warning, though: some of this stuff is just as unbelievable as anything you’ll see in fiction. If you want to take it that far, you need to earn it with your readers.

Victoria Cross Registers: Offers much the same benefits as the MoH link above, but with a different country’s perspective — and with fascinating scans of primary source documents. I’m a history nerd. I think this is amazing.

Basics of Shipboard Life: Honestly, I lean more on personal experience and my old Coastie’s manual, but this is a good online resource for people who don’t have such things handy.

US Naval Academy Because your space captain probably learned something in school, right?

This blog post by Chuck Wendig about GUNS GUNS GUNS is super useful.

Interrogations: If there’s one thing I would point to about how Hollywood consistently Gets It Wrong, it’s interrogations — in cop shows, in espionage dramas, and in military fic. Yes, abuse and torture happen. They happen all too often. In addition to being morally wrong, though, it’s stupid. Hurting your prisoner/suspect doesn’t get him to tell you the truth. It gets him to tell you whatever you want to hear in order to stop the pain, and that’s a very, very different thing from truth.
Forget about 24. The Commandant of West Point arranged a meeting with that show’s producers to explain to them how they were quite literally hurting our military with their product. The show’s top dog didn’t even have it in him to make the meeting.

An even better resource than the article above is the US Army Intelligence and Interrogation Handbook. Again, I’m not saying violence, torture and abuse don’t happen. I am, however, saying that writing that into fiction as effective and justifiable methods is inexcusably lazy and stupid. There are better techniques and experts have explained how they work. Use them. Be unique. Don’t be lazy. Don’t be Hollywood.

WAR IS A RACKET by Maj. Gen. Smedley Butler, USMC (ret). This should be required reading in our high schools, or at least for anyone considering a military career. It’s a product of its time, and Butler’s voice is more than a little quirky, but to me that just makes it all the more engaging. Butler warns of the military-industrial complex years before Eisenhower’s farewell address. This is not a book about writing on life within the military, but if you’re going to write such a tale, you need this perspective.

WHAT IT IS LIKE TO GO TO WAR  by Karl Marlantes is just flat-out amazing. I can’t think of a non-fiction work that I have read that is more painfully honest. Marlantes is a decorated former Marine officer who offers the sort of war stories that you don’t expect: the failures, the missteps, the rash actions that may have been why some comrades didn’t come home alive. He also talks about both the awful feelings that go with combat–fear, guilt, doubt–and, perhaps more importantly, the feelings of excitement and even joy that he experienced. As Marlantes relates, one of the greatest problems for vets is that nobody back home wants to hear about that latter half of the experience. Civilians are often eager to pat a veteran’s hand sympathetically while hearing about how awful it was, but very few want to hear anything about pride or a sense of triumph if it’s going to include any ugly details. There’s not a lot of closure for anyone who only gets to explain half of their experiences.

If I have one caveat to offer about this book, it is that it’s severely gendered. His book frequently talks about war being a masculine enterprise and only offers up childbirth as a parallel crucible for women, which grates on me. He doesn’t say it with malice or disdain. I’m not calling him a sexist so much as I’m saying there’s a blind spot. To be fair, the book is grounded in his experience, which was entirely concerned with his masculine viewpoint–but that blind spot is there. Only at the very end did I find any acknowledgement of American women serving in combat. If you can forgive that blind spot, it’s a great book. If you can’t, you may want to leave it aside…and if you’re strongly of that mindset yourself, I’m not sure how you wound up following me as a writer.  🙂

The Making of a Legionnaire by Bill Parris and Life in the French Foreign Legion by Evan McGorman, because you shouldn’t limit yourself to just the US military. I’ve always been fascinated by the Legion. They’re about as different as you can get while still being a modern “Western” military. They pick up recruits from all over the world. Melding different regional cultures together in the US military is enough of a trick, but what the Legion pulls off with global cultures is just amazing, and I’ve heard nothing but firm endorsements of the Legion’s capabilities from military professionals who have worked with them.

The Combat Leader’s Field Guide and The Ranger Handbook. So many straightforward nuts-and-bolts explanations and diagrams. These are extremely useful. Even when you’re not writing about things “by the book,” they are wonderful for helping you keep perspective.